The most important and popular source to know about the interior of the earth is seismic waves i.e. the waves generated during the earthquakes. When an earthquake occurs the seismic waves (Primary and secondary) are spread out in all the directions through the interior. However, there exist specific areas where the waves are not reported. Such zones are called as Shadow Zones. 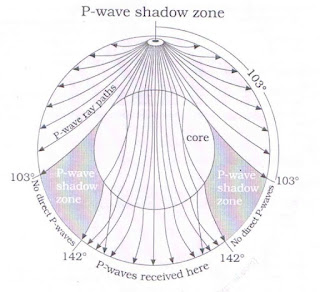 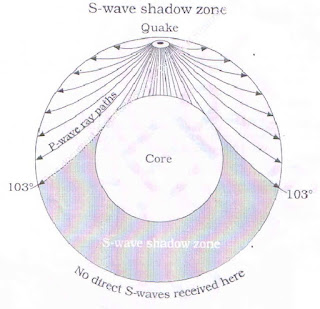 Properties of the seismic waves and earth’s interior

It is evident that S-waves are not reported after 103º because outer core is in liquid state. P-waves  consistently increases its speed till 2900 Km, thereafter it bends due to the presence of liquid in  the outer core and emerge at 142º. The area between 103 º to 142 º called as P-waves shadow zone.

Significance of seismic waves to know interior of the earth

1. It explains the density differences between different layers of the earth.

3. With the help of seismic wave speed, we have been able to ascertain the High Velocity & Low Velocity Zones in earth’s interior.

Remarks: The recent discovery of Large Low sheer velocity provinces (LLVPs) (super plumes) are the result of systematic study of seismic waves. Seismic waves are unearthing newer insights about the earth’s interior and helping us to understand it in a better way.

What is Juno Mission? How it can help us in understanding origin and evolution of Solar System

You can be Positive!